We would like to offer our sincere support to anyone coping with grief. Enter your email below for our complimentary daily grief messages. Messages run for up to one year and you can stop at any time. Your email will not be used for any other purpose.

Share a memory
Obituary & Services
Tribute Wall
Donations
Read more about the life story of Ada and share your memory.

Ada “Joann” McConnell, 84 of West Union passed away at home on December 27, 2022 with family by her side. She was born January 12, 1938 in Miletus, daughter of the late Opal Aretta Gray Nicholson Rush and husband Harry and her father Sanford Nicholson. Joann worked in the garment factory in the earlier years and was a homemaker.  She last attended the Morgan Run Church and enjoyed singing.  Her hobbies were doing puzzles, playing cards, ping pong, cooking, and mowing the yard. Her pride and joy were her family and spending time with them. She is survived by two children, Deborah “Debbie” Ferrell and husband David, and Mary McConnell all of West Union; four grandchildren, Christina Marie Dotson and husband Christopher; Dustin Matthew Smith and Ashley, David Aaron McConnell, and Marissa Danielle Ferrell and husband Lee; six great grandchildren, Justice and fiance'  Brett, Trey, Shanta and fiancé Patrick, Declan, Colten and Samara; one great great granddaughter, Jada Rose; sister-in-law, Tina Rush, West Union; one nephew, Jimmy Rush. In addition to her parents, Joann was preceded in death by her husband Blaine Nelson McConnell on August 1, 1992; one brother, Allan Rush. A private visitation and service will be held at Davis Funeral Home – Salem with Pastor Randy Plaugher officiating Online condolences may be sent to DavisFuneralHomeSalemWV.com.  Davis Funeral Home - Salem is honored to assist the McConnell family.

To send flowers to the family or plant a tree in memory of Ada "Joann" McConnell, please visit our floral store. 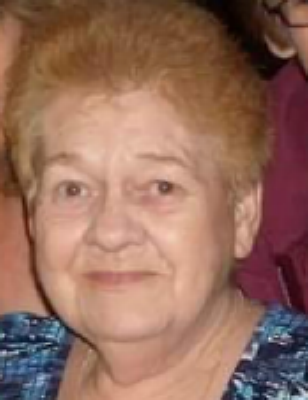 In Loving Memory Of

Look inside to read what others
have shared
Family and friends are coming together online to create a special keepsake. Every memory left on the online obituary will be automatically included in the book.

In Loving Memory Of

Look inside to read what others have shared

Family and friends are coming together online to create a special keepsake. Every memory left on the online obituary will be automatically included in the book.

You can still show your support by sending flowers directly to the family, or by planting a memorial tree in the memory of Ada "Joann" McConnell